Evansville, IN (01/27/2022) — The University of Evansville (UE) Department of Theatre proudly presents the Spring 2022 season with two student-directed productions in the May Studio Theatre and one guest-directed production in Shanklin Theatre. Tickets are now on sale for all performances.

The semester kicks off with Mac Beth by Erica Schmidt, based on the play Macbeth by William Shakespeare, in the May Studio Theatre. Directed by senior theatre studies major Claire Himstedt from St. Louis, Missouri, this new take on Shakespeare's classic tale of bloody violence explores a symmetry with rebellious teenage girls meeting to stage the play in a parochial school's parking lot. Mac Beth begins at 7:30 p.m. on February 10, 11, and 12; and at 2:00 p.m. on February 12 and 13.

Next up is Bertolt Brecht's The Caucasian Chalk Circle with an English version by Eric Bentley, in the May Studio Theatre. Originally written at the end of WWII, it retells the story of a child claimed and fought over by two mothers, resulting in one of the most riveting trials ever staged. Teeming with political overtones and a sharp look at human nature, it is directed by senior performance major Obi Roberts of Arvada, Colardo. The Caucasian Chalk Circle runs at 7:30 p.m. on February 24, 25, 26; and at 2:00 p.m. on February 26 and 27.

The finale is Heroes of the Fourth Turning by Will Arbery in Shanklin Theatre. Guest-directed by Dylan Frederick, a 2014 alum, this 2020 Pulitzer Prize Finalist in Drama is a meticulously fashioned story centering on four alumni of a conservative college. Their reunion spirals into chaos over spirituality, politics, and a nearly fanatical desire to be understood. This haunting and brilliant play begins at 7:30 p.m. on April 8, 9, 21, 22, 23; and at 2:00 p.m. on April 24.

After graduating from UE, Frederick attended the Yale School of Drama and ultimately made his Broadway debut in the 2021 Tony Award-winning production of The Inheritance by Matthew Lopez. Frederick will likely be remembered by UE audiences for playing the role of Master Harold in the 2011 smash-hit production of Master Harold...and the Boys by Athol Fugard, directed by John David Lutz. A native of Minnesota, Frederick returns to his alma mater to make his directing debut.

In following industry standards, as established by the Broadway League, all audience members must show proof of COVID-19 vaccination or a negative test result taken within 48 hours of the date on their ticket. Upon arrival at the theatre, proof of vaccination/negative test result and an ID will be checked before each performance. In compliance with the UE Coronavirus Task Force guidelines, all audience members must remain masked while indoors on campus. Additionally, both Shanklin Theatre and the May Studio Theatre will be seated at no more than 50% capacity.

Single ticket prices for Mac Beth and The Caucasian Chalk Circle are $12 for all patrons. Heroes of the Fourth Turning tickets are $20 for adults and $18 for senior adults, students, and UE employees. UE students may obtain one free student rush ticket beginning at 12:00 p.m. on the day of the performance they wish to attend. Tickets may be purchased by calling (812) 488-2031, Monday through Friday, from 12:00 p.m. to 5:00 p.m. 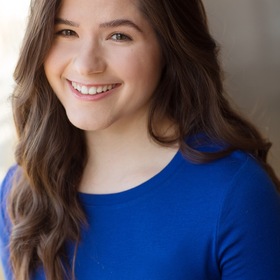