Evansville, IN (09/27/2022) — The University of Evansville (UE) Theatre opens their fall 2022 season with William Shakespeare's Measure for Measure, in a modern verse translation by Aditi Brennan Kapil, in an ongoing collaboration with Play On Shakespeare. Being presented on the UE campus for the first time ever, this production opens on at 7:30 p.m. on Friday, September 30, in Shanklin Theatre. Additional performances are at 7:30 p.m. on October 1, 6, 14, and 15; and at 2:00 p.m. on October 16. This 400-year-old tale could be "ripped from the headlines" of today's world, as it examines themes central to human nature and our paradoxical relationship to justice and mercy. With all its high-spirited bawdiness, this tragicomedy reveals what can happen when sex, religion, and politics collide.

In following industry standards, as established by the Broadway League, all audience members must remain masked during the performance. Ticket prices are $20 for adults and $18 for senior adults, UE employees, and non-UE students.

UE students may obtain one free student rush ticket beginning at 12 p.m. on the day of the performance they wish to attend. In addition, UE Theatre is excited to introduce a new "Pay What You Can" initiative. Every Thursday evening performance in Shanklin Theatre is available for any person to pay any price that best fits their budget.

Season subscriptions for the 2022-2023 Shanklin Theatre season are also available and are $50 for an adult subscription and $44 for a discount subscription. This three-play season includes Measure for Measure, the smash-hit musical Cabaret, and the hilarious Noises Off. A May Studio Theatre Discovery Package can be purchased for $18 and includes Circle Mirror Transformation and The Moors.

Single tickets and subscriptions may be purchased by calling the ticket office at 812-488-2031, Monday through Friday, between 12:00-5:00 p.m. You may also purchase single tickets online at theatre.evansville.edu.

The University of Evansville empowers students to think critically, act bravely, serve responsibly, and live meaningfully in a changing world. Through an innovative academic curriculum combined with practical hands-on experiences, UE students engage the local and international community in meaningful ways. With a diverse student body from 44 states and 48 countries, students choose from an array of majors in business, engineering, arts and sciences, and health science. UE graduates engage the world and workplace with the tools and skills to excel in fulfilling careers. For more information, please visit evansville.edu. 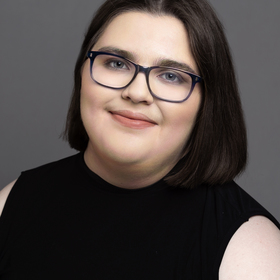 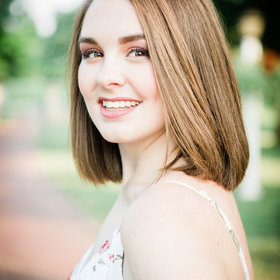